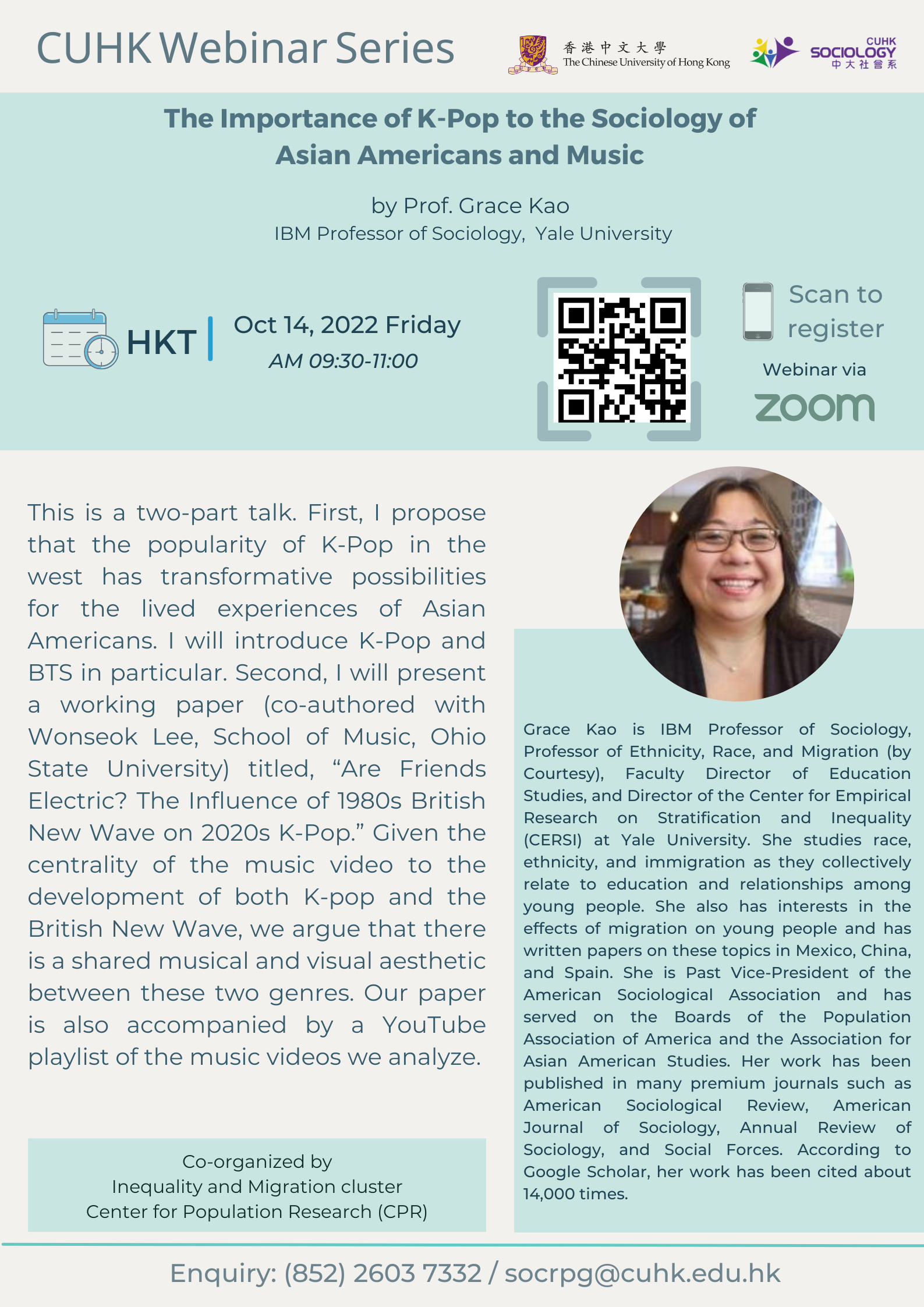 About the Webinar
This is a two-part talk. First, I propose that the popularity of K-Pop in the west has transformative possibilities for the lived experiences of Asian Americans. I will introduce K-Pop and BTS in particular. Second, I will present a working paper (co-authored with Wonseok Lee, School of Music, Ohio State University) titled, “Are Friends Electric? The Influence of 1980s British New Wave on 2020s K-Pop.” Given the centrality of the music video to the development of both K-pop and the British New Wave, we argue that there is a shared musical and visual aesthetic between these two genres. Our paper is also accompanied by a YouTube playlist of the music videos we analyze.

About the Speaker
Grace Kao is IBM Professor of Sociology, Professor of Ethnicity, Race, and Migration (by Courtesy), Faculty Director of Education Studies, and Director of the Center for Empirical Research on Stratification and Inequality (CERSI) at Yale University. She studies race, ethnicity, and immigration as they collectively relate to education and relationships among young people. She also has interests in the effects of migration on young people and has written papers on these topics in Mexico, China, and Spain. She is Past Vice-President of the American Sociological Association and has served on the Boards of the Population Association of America and the Association for Asian American Studies. Her work has been published in many premium journals such as American Sociological Review, American Journal of Sociology, Annual Review of Sociology, and Social Forces. According to Google Scholar, her work has been cited about 14,000 times.