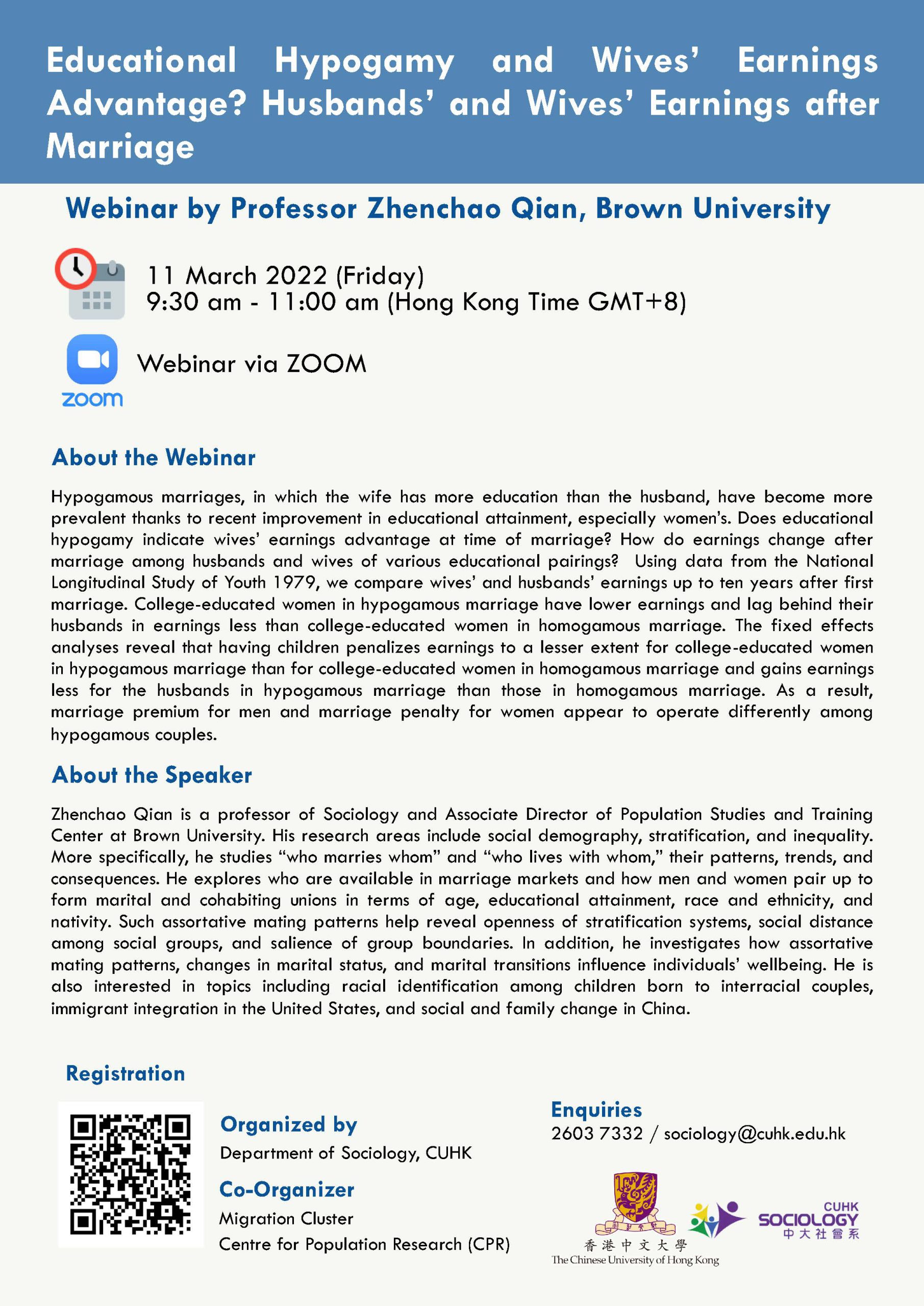 About the Speaker
Zhenchao Qian is a professor of Sociology and Associate Director of Population Studies and Training Center at Brown University. His research areas include social demography, stratification, and inequality. More specifically, he studies “who marries whom” and “who lives with whom,” their patterns, trends, and consequences. He explores who are available in marriage markets and how men and women pair up to form marital and cohabiting unions in terms of age, educational attainment, race and ethnicity, and nativity. Such assortative mating patterns help reveal openness of stratification systems, social distance among social groups, and salience of group boundaries. In addition, he investigates how assortative mating patterns, changes in marital status, and marital transitions influence individuals’ wellbeing. He is also interested in topics including racial identification among children born to interracial couples, immigrant integration in the United States, and social and family change in China.