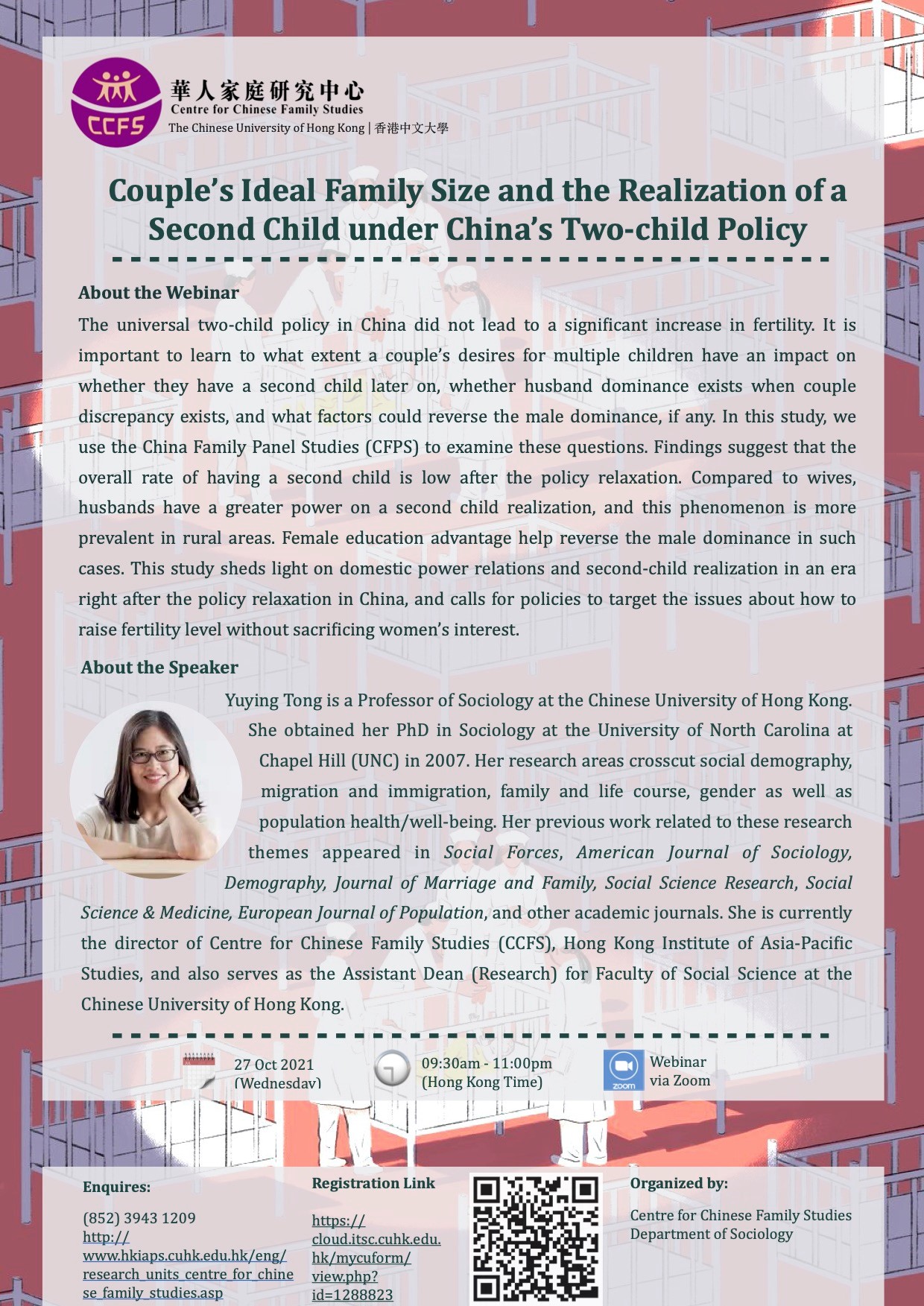 About the Webinar:
The universal two-child policy in China did not lead to a significant increase in fertility. It is important to learn to what extent a couple’s desires for multiple children have an impact on whether they have a second child later on, whether husband dominance exists when couple discrepancy exists, and what factors could reverse the male dominance, if any. In this study, we use the China Family Panel Studies (CFPS) to examine these questions. Findings suggest that the overall rate of having a second child is low after the policy relaxation. Compared to wives, husbands have a greater power on a second child realization, and this phenomenon is more prevalent in rural areas. Female education advantage help reverse the male dominance in such cases. This study sheds light on domestic power relations and second-child realization in an era right after the policy relaxation in China, and calls for policies to target the issues about how to raise fertility level without sacrificing women’s interest.

About the Speaker:
Yuying Tong is a Professor of Sociology at the Chinese University of Hong Kong. She obtained her PhD in Sociology at the University of North Carolina at Chapel Hill (UNC) in 2007. Her research areas crosscut social demography, migration and immigration, family and life course, gender as well as population health/well-being. Her previous work related to these research themes appeared in Social Forces, American Journal of Sociology, Demography, Journal of Marriage and Family, Social Science Research, Social Science & Medicine, European Journal of Population, and other academic journals. She is currently the director of Centre for Chinese Family Studies (CCFS), Hong Kong Institute of Asia-Pacific Studies, and also serves as the Assistant Dean (Research) for Faculty of Social Science at the Chinese University of Hong