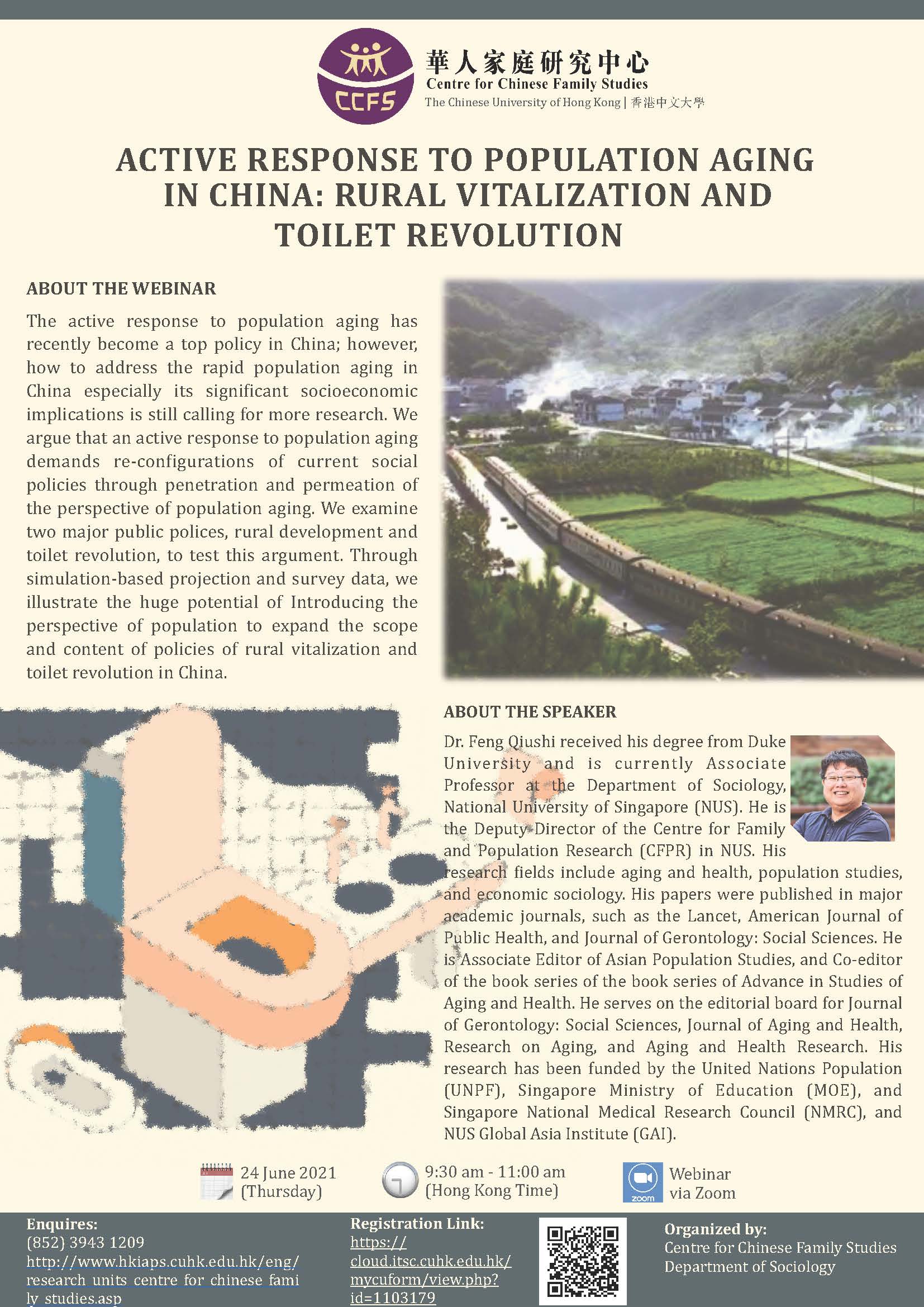 About the Webinar
The active response to population aging has recently become a top policy in China; however, how to address the rapid population aging in China especially its significant socioeconomic implications is still calling for more research. We argue that an active response to population aging demands re-configurations of current social policies through penetration and permeation of the perspective of population aging. We examine two major public polices, rural development and toilet revolution, to test this argument. Through simulation-based projection and survey data, we illustrate the huge potential of Introducing the perspective of population to expand the scope and content of policies of rural vitalization and toilet revolution in China.

About the Speaker
Dr. Feng Qiushi received his degree from Duke University and is currently Associate Professor at the Department of Sociology, National University of Singapore (NUS). He is the Deputy Director of the Centre for Family and Population Research (CFPR) in NUS. His research fields include aging and health, population studies, and economic sociology. His papers were published in major academic journals, such as the Lancet, American Journal of Public Health, and Journal of Gerontology: Social Sciences. He is Associate Editor of Asian Population Studies, and Co-editor of the book series of Advance in Studies of Aging and Health. He serves on the editorial board for Journal of Gerontology: Social Sciences, Journal of Aging and Health, Research on Aging, and Aging and Health Research. His research has been funded by the United Nations Population Fund (UNPF), Singapore Ministry of Education (MOE), and Singapore National Medical Research Council (NMRC), and NUS Global Asia Institute (GAI).