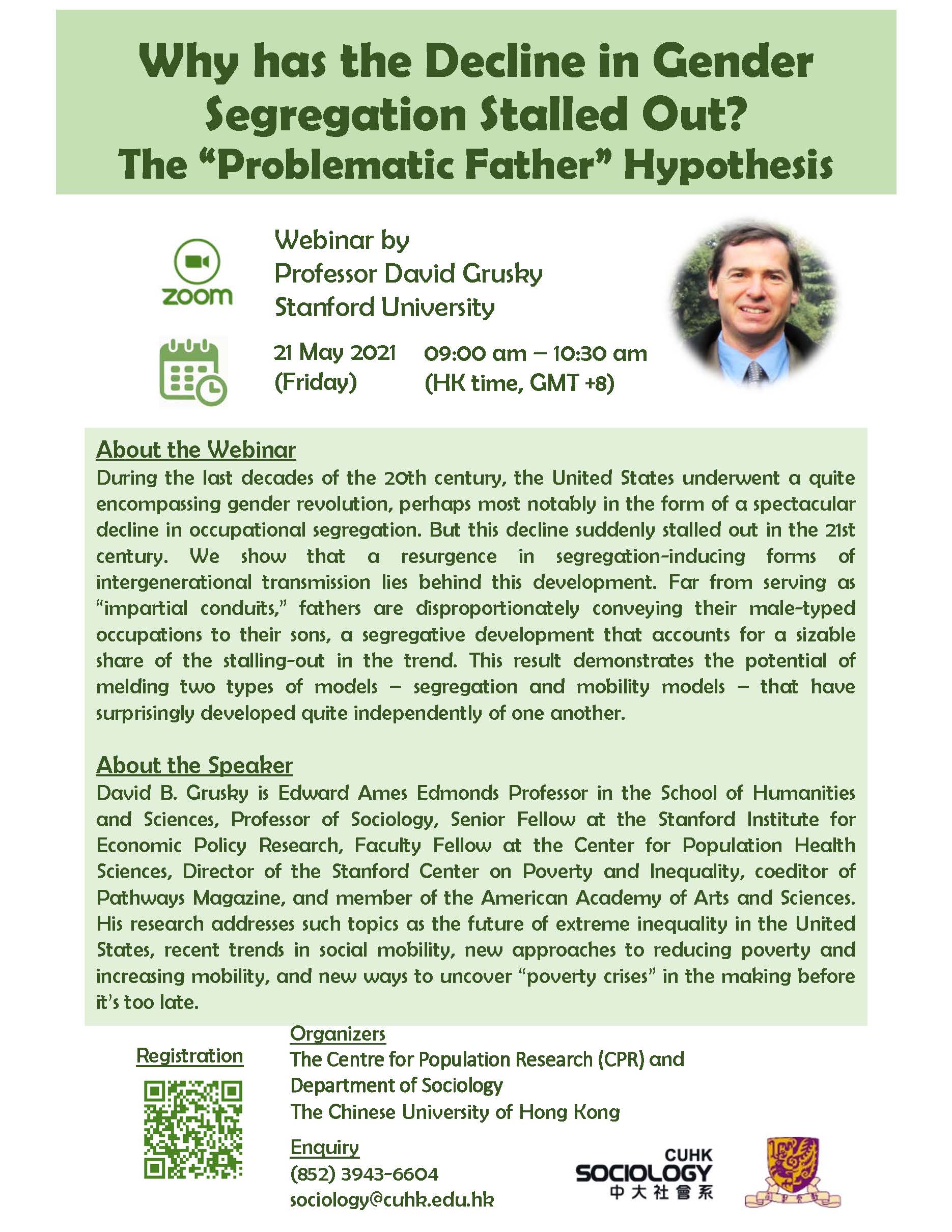 Why has the Decline in Gender Segregation Stalled Out? The “Problematic Father” Hypothesis
Speakers
Professor David Grusky, Stanford University
Date
21 May 2021 (Friday)
Time
0900 - 10:30 am
Venue
Zoom (ZOOM Link will be sent to registered audience after finished the e-registration.)
Enquiries
(852) 3943 6604
sociology@cuhk.edu.hk
Registration
https://cloud.itsc.cuhk.edu.hk/webform/view.php?id=13043475
Details

About the Webinar
During the last decades of the 20th century, the United States underwent a quite encompassing gender revolution, perhaps most notably in the form of a spectacular decline in occupational segregation. But this decline suddenly stalled out in the 21st century. We show that a resurgence in segregation-inducing forms of intergenerational transmission lies behind this development. Far from serving as “impartial conduits,” fathers are disproportionately conveying their male-typed occupations to their sons, a segregative development that accounts for a sizable share of the stalling-out in the trend. This result demonstrates the potential of melding two types of models – segregation and mobility models – that have surprisingly developed quite independently of one another.

About the Speaker
David B. Grusky is Edward Ames Edmonds Professor in the School of Humanities and Sciences, Professor of Sociology, Senior Fellow at the Stanford Institute for Economic Policy Research, Faculty Fellow at the Center for Population Health Sciences, Director of the Stanford Center on Poverty and Inequality, coeditor of Pathways Magazine, and member of the American Academy of Arts and Sciences. His research addresses such topics as the future of extreme inequality in the United States, recent trends in social mobility, new approaches to reducing poverty and increasing mobility, and new ways to uncover “poverty crises” in the making before it’s too late.