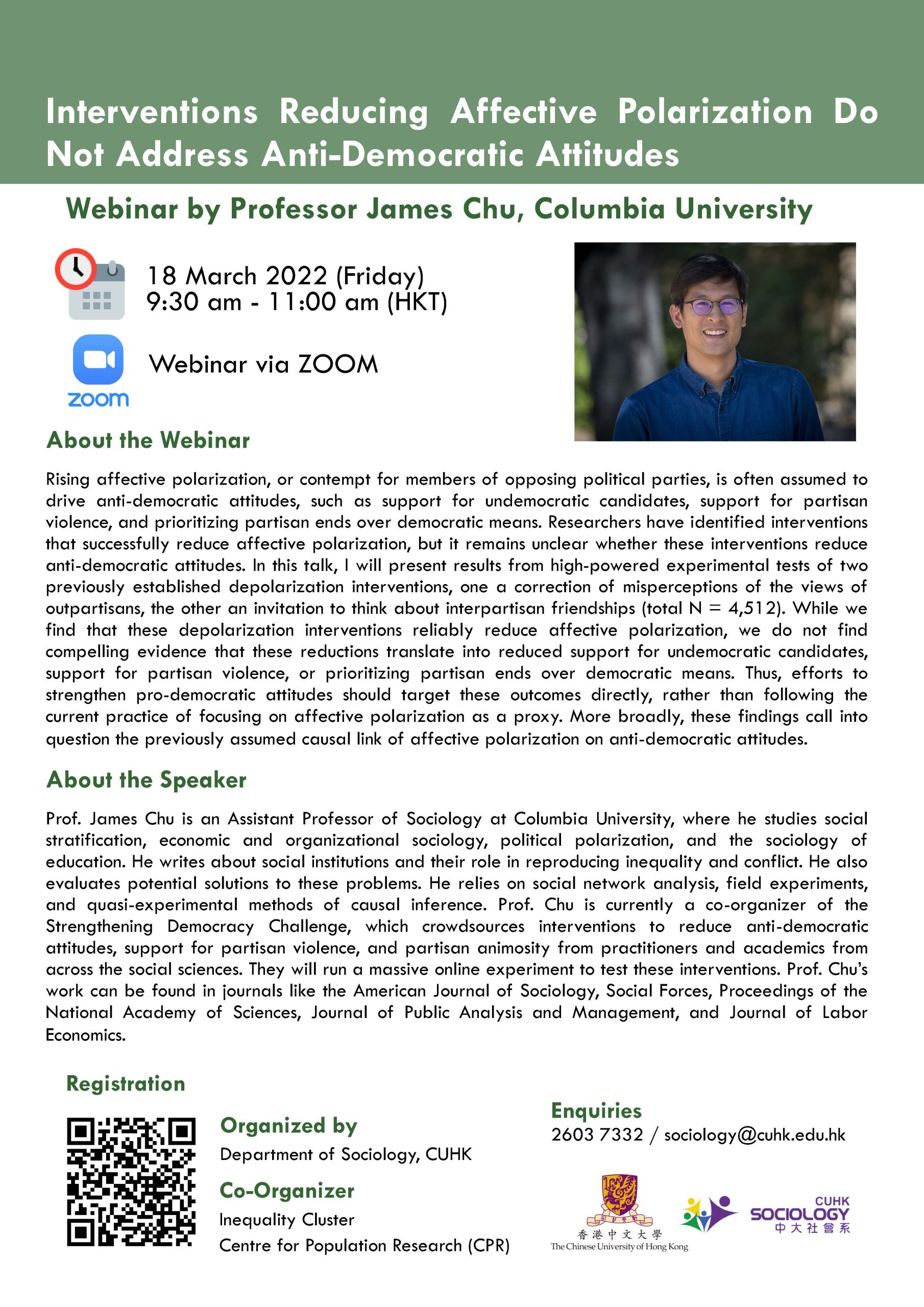 About the Speaker
Prof. James Chu is an Assistant Professor of Sociology at Columbia University, where he studies social stratification, economic and organizational sociology, political polarization, and the sociology of education. He writes about social institutions and their role in reproducing inequality and conflict. He also evaluates potential solutions to these problems. He relies on social network analysis, field experiments, and quasi-experimental methods of causal inference. Prof. Chu is currently a co-organizer of the Strengthening Democracy Challenge, which crowdsources interventions to reduce anti-democratic attitudes, support for partisan violence, and partisan animosity from practitioners and academics from across the social sciences. They will run a massive online experiment to test these interventions. Prof. Chu’s work can be found in journals like the American Journal of Sociology, Social Forces, Proceedings of the National Academy of Sciences, Journal of Public Analysis and Management, and Journal of Labor Economics.